If you are among the thousands of British Columbians who have been trying to purchase an affordable home, then you already know the struggles and frustration of locating what you need in this inflated market with a supply issue.

In BC total active residential listings fell to 36.8%, a new year-over-year low in September, and in the Fraser Valley and Victoria they were at 50% below last September’s housing supply levels. Supply dictates how demand is filled and at what price, and we are all living the consequences. The hard truth is, that it will take all three levels of Government; Federal, Provincial and Municipal to sit at the same table and legislate policies that will actually address the fundamental market issues that contributed to rapid price increases and un-affordability.

Squeezing first time buyers out with higher mortgage qualifications and while allowing loopholes big enough for short term speculators to dance through is not working!! We do not have time for any more ineffective, band-aid policies that will not address all the issues.

The government, has at its disposal, a way to immediately increase the supply of saleable land and build low income and affordable new starter homes. But no one, at any level of government has taken the first steps to bring this viable solution to an all levels discussion. Why? First, it helps to understand that the largest land owner in Canada is the Federal Government.

Our Federal Government makes millions of dollars from crown land management, the regulation of both private residential and commercial landholdings, as well as taxes & fees from the booming Real Estate Market. Waiting next in line are both the Provincial and Municipal governments who happily reap the rewards of rapid fire, high priced housing sales. They collect proceeds from Provincial crown land management fees & leases, development land sales, building permit fees, and property taxes. No shortage of hands in the proverbial cookie jar here.

The Canadian Government on all levels has been making a staggering amount of money off of the real estate market for years. But it cannot find the time to create market corrective legislation to curb overheated price growth, or build low income and affordable housing developments to keep up with population growth.

Follow the money, and you now see why this unaffordable market has little to no opposition except in the form of bureaucratic lip service from leaders and from people that are priced out of it.

Canada’s largest land owner tells you they care about the plight of the low and middle class Canadian not being able to afford a home for their family, and then turns around and spends federal & private land management proceeds for anything but actually improving the housing crisis. Their promises are just like the supply chain – broken at best.

We can begin to see why there has been no hurry to overhaul and correct the current uptrend, even though the Liberals campaigned on housing affordability as part of their platform in this year’s federal election. They unveiled an anti-flipping tax as their solution, it is only one of the needed solution, but it is yet another way for government to make money off the real estate market.

An anti-flipping tax was embarrassingly right on point, after Liberal candidate for Vancouver /Granville, Taleeb Noormohamed, was exposed as a short term speculator who had bought and sold at least 21 homes within a year of buying them since 2005. Noormohamed, like many other short term speculators took advantage of the blatant regulatory loopholes to get wealthy, while first time home buyers were put through higher mortgage stress testing and non-resident buyers were blamed for the rising prices and penalized with more taxes.

It doesn’t make sense to allow a very small segment of the already affluent population to create wealth at the expense of economic stability and fundamental human rights of other citizens.

Depending on how this capital gain, anti-flipping tax legislation is worded, it could be a much needed effective tool to keep short term speculators from reselling and driving up prices even further. But as a lone solution, it will do nothing to increase the root cause of extremely low supply.

In order to address and increase supply Canada’s largest land owner needs to part with a small percentage of their vast land wealth!

Yes, 89% of Canada’s land area is Crown land, 41% is federal crown land and 48% is provincial crown land. The remaining 11% is privately owned. Only 11% of the entire Canadian land mass is private saleable land, and this tiny portion that we all reside on has double the population living on it than when it was allocated. The demand for more residential land outweighed supply years ago.

By releasing specified parcels, 2-4% of existing crown land holdings into the private land pool, the market would have a large immediate influx of inventory to gain balance, and construction can begin right away on low income, rental and starter homes for everyone that is in need. This is a viable solution worth consideration and it needs to
be openly discussed!

The released Crown landholdings could be earmarked with their own new land designation. AHL – Affordable Housing Land, which would ensure its use only for low income, multi-unit, starter and family homes. Once built homes & rental units on the AHL Land could be regulated for minimal rent increases and capped resale listing prices so they would remain affordable. The wealth gap has widened to the point that these considerations are necessary to ensure that all Canadians have the opportunity to affordable housing now, and our grandchildren will have the same opportunities.

Crown land was originally designated within a ministry mandate. We call it the “Land Title Act”. and
it states that Crown land is a public asset and the Federal and Provincial Government has a responsibility to ensure it is managed to maximize and sustain the flow of economic, social and environmental benefits to British Columbians, now and into the future.

It is clearly in the best economic and social benefit of all British Columbians to have a place to call home and not be residing on a relatives couch, in an RV or under a bridge. Our continued economic recovery greatly depends on the stability of our housing market, immediate action is needed to build affordable dwellings for working, tax paying citizens.

I welcome anyone from my own municipal, provincial or federal level of government to contact me personally to further discuss viable solutions to correct the un-affordable factor in our growing housing crisis. It starts with a conversation… 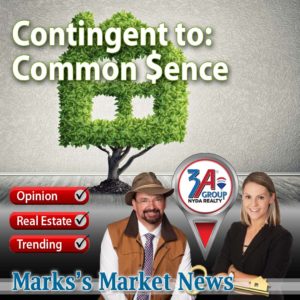 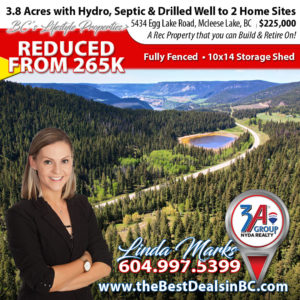 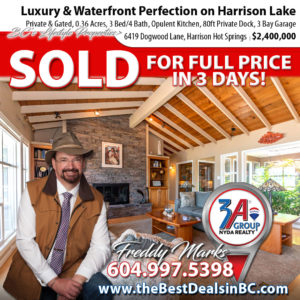