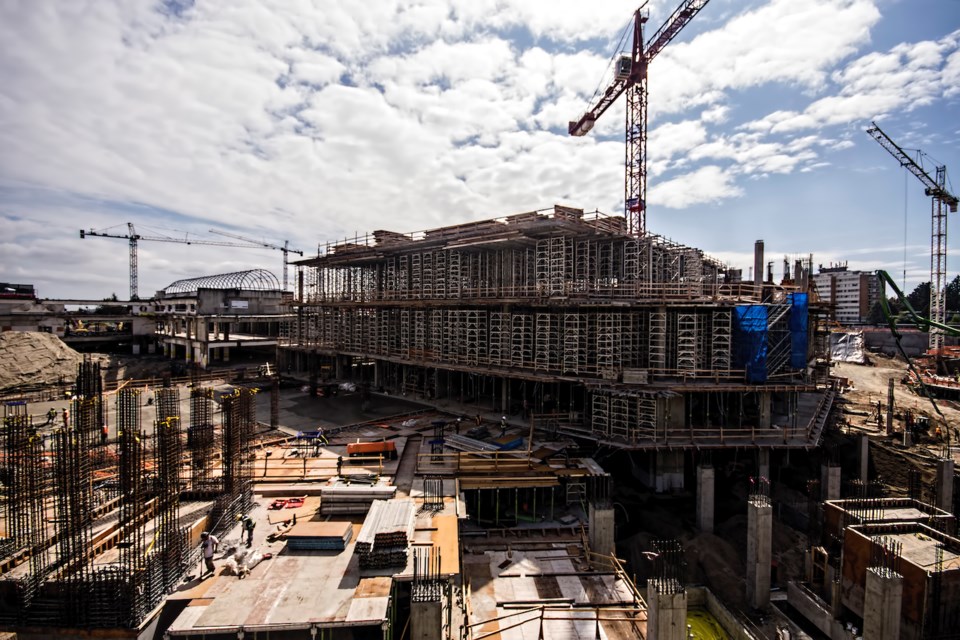 Despite election pledges from every major political party to boost new home construction, B.C. housing starts will plunge 12.8 per cent next year, helping to drive average home prices to record highs across the province, according to a recent forecast from the B.C. Real Estate Association (BCREA.)

“With strong demand being supported by low mortgage rates and a rapidly rebounding post-COVID economy, the more significant concern is whether there will be an adequate supply of listings in the market,” said BCREA chief economist Brendon Ogmundson in a third quarter Housing Forecast Update released August 19.

Using Canada Mortgage and Housing Corp. forecast data, the BCREA said B.C. housing starts will plunge 12.8 per cent next year, compared to 2021, to 39,000 units. The drop will be led by the multi-family sector, where starts are forecast to fall 16.8 per cent to 28,300 homes.

Many of the multi-family starts, however, will be rental housing or subsidized social housing, not market condominiums or townhomes.

Housing supply has become a key election plank for Canada’s three major political parties as they campaign for the September 20 federal election, but the emphasis is not on encouraging private-sector housing.

Here is how the election housing supply promises stack up among the federal parties.

Liberals: If re-elected, they would invest $4 billion in new money to construct 100,000 “middle class homes” over the next four years. A close look at this proposal, however, shows most of the funding would go toward subsidizing rental housing. The Liberals further pledge to put up $600 million (double the funding announced in spring 2021 under its space conversion plan) to help transform vacant office space into rental housing. Urban B.C., though, has one of the lowest office vacancy rates in the country.  The Liberals would also put $1 billion toward loans and grants for rent-to-own projects.

Conservatives: The Conservatives plan to build one million homes over the next three years and release 15 per cent of government-owned real estate for new builds or conversion into rental properties. The Conservatives promise to mandate higher-density residential development near federally-funded public transit., such as SkyTrain extensions in Vancouver and the Fraser Valley. The Conservatives would also  encourage private developers by extending the ability to defer capital gains tax when selling a rental property and re-investing in rental housing.

NDP: The federal NDP propose building 500,000 new “affordable” homes over the next 10 years with an emphasis on subsidized social housing. The NDP’s stated aim to “get big money out of housing” apparently refers to private, not public investing.

B.C. consumer demand is for homes they can purchase, according to the BCREA, and this is where the shortage is most severe.

“Even with sales moderating slightly in the second half of this year, we are forecasting that home sales in 2021 will set a new record of 118,350 units before slowing to 100,150 units in 2022,” the BCREA forecast stated.