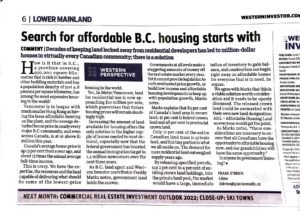 April, May and June of 2021 could be likened to the spring of 1858 when thousands forged their way north into the Interior and Cariboo regions in search of gold and fortune. The only difference is this spring, LAND is the gold that buyers and investors seek.

Canadians are in the midst of re-positioning themselves, literally moving to change their location for safety and the security of a better financial position.

Insured mortgages are running at record highs across Canada, meaning that banks are still actively lending and approving residential real estate mortgages. These risk free loans backed by CMHC and the Federal Government are a way to continue to bolster our failing economy and keep Canadians borrowing and spending money.

The exit of the CMBPP leaves long term collateral damages like double digit price growth and widens the wealth inequality gap between renters and asset holders even further. The BOC had a primary directive to stabilize the economy with the Bond Purchasing Program and stated the widening wealth gap is a by-product of this best policy approach. 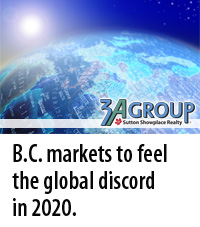 Once a year, my daughter Linda and I travel to Europe as a part of our annual estate marketing strategy. This trip takes us to several European countries over two weeks, including; Germany, Holland, Switzerland, Austria and England. For decades, we have been doing this to network with buyers and sellers promoting properties from our […]