Western Investor’s annual forecast of top investor towns looks at five centres that are riding out the pandemic and look solid for investors into 2022Nov 3, 2021 12:01 PM By:  Frank O’Brien

Victoria has a very strong multi-family market and residential sales are booming, but the real real estate play in B.C.’s capital could be industrial strata.

With a 0.2 per cent vacancy rate – the lowest in North America – and average lease rates at $16.02 per square foot, higher even than Vancouver or Toronto, Victoria is the top industrial investor market in the country.

The small industrial inventory of 9.3 million square feet remains driven by owner-occupiers, but this is changing due to Victoria’s spiralling land and lease costs, combined with low vacancies for lease space. Average industrial lease rates in Victoria are up 15 per cent this year from 2020, according to Colliers.

“Strata industrial is the next big move in Greater Victoria,” said Cory Wright, president of Vancouver-based William Wright Commercial, which has expanded into the capital city.

A prime example is a 13-unit small-bay strata industrial project in Langford, by a local developer, that sold out at $315 to $350 per square foot, prices similar to those being seen in Metro Vancouver suburban markets.

“About 30 per cent of the buyers were investors,” said Devencore Realty Corp. sales agent David Bornhold.

The 2021 industrial development in Greater Victoria area is a mix of strata and lease.

Omicron Development Inc. and Lotus Capital Corp. of Vancouver, for example, have launched a 20-acre, 358,000-square-foot, $100 million industrial project in Colwood, which is primarily a lease opportunity.

Bornhold expects strata to become a trend in Victoria’s industrial sector, due to higher land costs and a lack of lease opportunities for smaller tenants.

Vancouver’s Cressey Development Group is seeing a fast pre-sale sell-out of a luxury 127-unit mixed-use waterfront project in downtown Kelowna, and developers are bidding serviced land in the city to above-appraised prices.

Cressy’s project, known as Caban, consists of upscale strata residential and retail on the lakeshore at Kelowna’s popular Gyro beach.

Caban sales agent Taylor Musseau said a couple of invite-only previews in Vancouver and Kelowna were enough to register a potential 200 condo buyers for the Caban development.

Musseau expects most of the buyers will be owner-occupiers, but Cressey appears to be hedging its bets. The $850-per-square foot residential units will also be available for short-term rentals.

Another greenfield site, a 1.41-acre parcel on Pacific Avenue and Pasnak Street in Kelowna that resulted from a six-lot land assembly, was sold in June under court order. Appraised at $7.02 million, it sold for $8.31 million after multiple bids.

An unnamed Vancouver investor paid $3.27 million for a 0.58-acre Kelowna site with potential for 45-units of residential listed by Macdonald Realty, Kelowna. That pencils to $5.45 million an acre or $128 per square foot, which is getting close to values in the Lower Mainland.

The City of Kelowna is offering two shovel-ready mixed-use commercial lots totalling 2.4 acres at the city’s western entrance along Harvey Avenue /Highway 97A. Bids to $11 million are expected.

“It is just mind blowing what has happened to Kelowna prices,” said Jeff Hudson, principal and co-founder of HM Commercial Group in Kelowna, whose recent report on land sales tallied more than $24 million in deals since May.

Hudson said out-of-town buyers include groups from Ontario, Saskatchewan, Alberta and B.C., the latter primarily from the Lower Mainland and Vancouver Island.

“Kelowna has grown up,” Lammam said, “It has become a real contender.”

Within the next decade, Surrey is projected to become British Columbia’s largest city, overtaking Vancouver in population.

“We made the decision to be out in Surrey because we wanted to be where our [customers] are,” said Mike Ng, director of business banking at Prospera Credit Union. “Surrey is one of the fastest-growing cities in Canada; it has a very pro-business climate, and we knew that people wanted to live there, set up business there. We could see that was happening, and we wanted to be in the middle of the action.”

Surrey is not only home to large businesses that employ hundreds, but it also hosts an array of small and medium-sized businesses that form the backbone of the municipality’s economy.

The city is adding roughly 1,000 businesses each year, according to Anita Huberman, CEO of the Surrey Board of Trade. An estimated 1,000 people move into the municipality each month.

The population and business growth has boosted Surrey’s retail market. Despite the pandemic, only 2.3 per cent of space is vacant at Surrey’s shopping centres, down from 3.9 per cent a year ago, according to CBRE. With 5.6 million square feet, Surrey has more shopping centre space than any municipality in B.C.

“We’re still able to build on land, while Vancouver has to build up,” said Huberman. “We are seeing a gentrification of businesses moving into Surrey and the South Fraser Valley.”Led by Surrey, the Fraser Valley is also posting the highest home sales and price increases in urban B.C. this year. For the first eight months of 2021, home sales Valley increased 83.7 per cent, reports the B.C. Real Estate Association, while the average composite home price increased 25.7 per cent from the same period in 2020.

A 2021 ranking of the most livable places across Canada highlights the attractiveness of settling in the Okanagan, with Penticton landing in the top 10.

The Leger survey was taken for Ratesdot.ca which was tracking potential destinations for the 21 per cent of big-city residents who said they were planning to move to a smaller centre.

Western Investor chose Penticton this year because it offers the most affordable market for landlords in the white-hot Okanagan housing market.

Facing two lakes and a residential building boom, the city of 45,000 people has at least a dozen residential projects underway this year, from rental housing to new luxury homes on the hills and lake-facing condo developments.

The Penticton rental vacancy rate is 1 per cent, according to Canada Mortgage and Housing Corp. Average rents are at an historic high, with one bedrooms north of $1,100 per month and two-bedrooms in the $1,900 range. Penticton is a rare positive cash-flow opportunity in southern B.C.

Winnipeg’s 2.9 per cent industrial vacancy rate is the second lowest in the Prairie provinces, just behind Regina but much tighter than Calgary (4.9 per cent) or Edmonton (6 per cent), according to Colliers.

The city’s average industrial lease rate in Winnipeg is around $8 per square foot, but it spikes to the $8.58 per-square-foot range in south Winnipeg, still the lowest of any other city in Western Canada.

The city appears prime for industrial strata, which is currently rare in Winnipeg.

“Winnipeg’s demand for existing building sales remains insatiable due to attractive financing and minimal product available,” according to a report from Cushman & Wakefield Stevenson, Winnipeg.

Demand for industrial condo units or “strata title” is the strongest it has ever been, with notable projects such as Sherwin Park Condos achieving strong sales, with an average price of $170 per square foot.

Expect more projects to come online as this sector within the industrial market matures, the report suggests.

Industrial lot sales remain very strong with the surrounding rural municipalities continuing to enjoy the benefits of having shovel-ready land and lower taxes than in the City of Winnipeg. 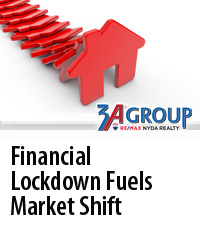 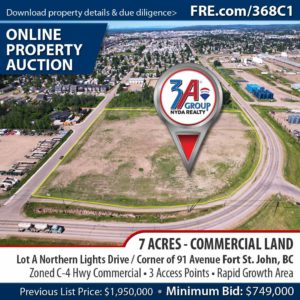