Buckle up in your bubble, as we head into the last month of 2020 and down the rabbit hole of stagnating provincial health policies. The BC Health Authority has again enacted the “essential only travel policy” province wide, because of our rising positive Covid19 testing numbers. We are told that Christmas this year will be different, and that it is a sacrifice we must make for the exceptional circumstance we are living under. Other provinces are living under even more draconian measures, the most prominent example being Manitoba, where residents are now banned from purchasing non essential goods. Lockdown 2.0 is creating a growing movement of resistance across the country and across the world, raising the question, are these health measures really the best way to combat
viral spread?

While it can be argued that the necessity of these policies is for the greater good of all, there exists a double standard in allowing large chain and big box stores to remain open, while smaller stores are again closing their doors. This imposed anti-small business policy has created an animosity of unfairness. Deciding who and what is deemed essential has further divided the masses at a time when we really need a unified effort and openly collaborate. Politicians are rife to keep telling us that we are all in this together, but anyone who is collecting a federal or provincial government salary has not seen any change in their income stream, while millions of Canadians are collecting emergency wage benefits just to keep the lights on in their all but empty refrigerators.

Banks, land registration services, and real estate agent services were deemed essential services in the spring, and thank goodness for that designation, as this summers “land rush” was a major factor in helping to keep our shutdown economy ebbing forward. The last five months of record property sales across Canada, encouraged spin off spending and helped to keep many other sectors from faltering.

The Canadian Real Estate Association released mid November stats showing 461,818 homes were sold over Canadian MLS® Systems in October an 8.6% increase from the first 10 months of 2019. Canada saw the second-highest January-October sales figures recorded. Here in British Columbia residential sales dollar volume was up 29.7% per cent to $58.7 billion, compared with October 2019. So, even though we are literally in the midst of a horrific health crisis and economic depression, homes are selling
like hotcakes.

Insured mortgages are running at record highs across Canada, meaning that banks are still actively lending and approving residential real estate mortgages. These risk free loans backed by CMHC and the Federal Government are a way to continue to bolster our failing economy and keep Canadians borrowing and spending money.

Over 11,051 MLS home sales were recorded in BC in October, and to date in 2020 a total of 75,493 MLS sales have taken place in BC since the beginning of the year. 75,000+ homes and properties have changed hands in our province, correlating to over 300,000+ people on the move in 2020. Data tells us that the majority of people chose to relocate to the Fraser Valley, the Okanagan, and to Vancouver Island. In particular Chilliwack, Victoria, Kamloops, the Kootenays and the South Okanagan all saw a large influx of newcomers. Redistributing BC’s population of just over 5,000,000 to smaller centres all the way north to the Yukon border. The draw of a safer, less expensive, less stressful small town life was deemed more important than any else.

The compelling reasons to live in small unit high density areas like Metro Toronto or Greater Vancouver are gone. If you now work from home and your pastimes like, the gym, large concerts, sporting events, eating out in restaurants and club night life are no longer happening being locked down in less than 800 sq.ft of space makes little to no sense.

This mass residential migration trend is prevalent around the world, billions of people have already packed their belongings and moved in 2020. Now being dubbed the “Great Relocation”, this relocation from urban to rural locations continues through the winter months, a trend showing no signs of slowing. Over 300,000+ residents left the metropolis of New York City this summer and it is estimated that millions of Americans have moved or are in the process of a relocation, Zillow surfing has become an American pastime.

We must assume at some point there will be adverse longer-term effects on urban housing in general, and the market cracks have started to appear in the urban condo markets first. Analysts are already ringing the alarm bells about the Toronto Condo market being flooded with inventory, reducing rents and sales prices. Existing condo owners, who were poised to sell and enter the single detached market, are now having a tough time selling in this now burgeoning buyers market. The Vancouver Condo market is seeing similar slow activity with softening sales prices due to rising inventory and lower asking rents.

The demand for condos fell dramatically this summer, as many rental units became vacant when occupants chose to make a move to more affordable rural options or back home with their parents out of fiscal necessity. Those rental vacancies then prompted investors to sell units that could no longer be considered money makers, further adding to the inventory glut and thus a down cycle was set in motion. While the Greater Vancouver condo market is seeing devaluation, rural and recreational condo units in BC resort towns and low density areas have not been effected in the same way.

Real estate is historically documented and remembered by its cycles of highs and lows, and the lower mainland has been enjoying a boom cycle since the last correction ended in late 2015. Vancouver has been showcased worldwide as one of the best cities in the world to live in, and more recently, a hub for attracting international tech companies looking to set up offices in the metropolitan centre. The inspiring natural beauty and warmer climate, along with all the year round outdoor activities makes Greater Vancouver a very sought after place to live, work and play. When the pandemic broke and lockdowns insued, it made more sense to live work and play somewhere cheaper with more indoor and outdoor private space.

The statistical data used to produce market predictions comes from national and regional real estate boards and lenders, who rarely like to paint the industry with negative insights, but alas, have real concerns about the immediate future of urban housing. Historically, BC has weathered market correction better than other provinces because of two factors, geography and diversity of industry. When all of our industries were working optimally, we were a great economic force, and in past when an industry was in tough times, we had other robust industries who picked up the slack and kept people working. Tourism, agriculture, forestry, mining, oil & gas, and fisheries are just a few of the provinces top economic drivers, all made possible with BC’s great wealth of natural spaces and resources.

We have been blessed to live in a region that has so much potential for employment and enjoyment. Unfortunately many of BC’s workers were already unemployed before the pandemic began, benched by shortsighted NDP policy that saw hundreds of layoffs in the forestry sector, lumber mills closed in great numbers leaving smaller BC communities struggling. The oil and gas sector was then hard hit by the cancellation of the Northern Gateway pipeline and further riots and protests that culled many would be jobs for northern and indigenous communities. Having gone through what can only be described as an assault on Western Canadian natural resource sectors and the added economic fallout of lockdowns, 2021 will be a test of resiliency for our provincial real estate markets.

Land in BC has historically been a very good investment, and offers a very unique lifestyle no matter what part of the province you live in. Pessimistic predictions brought on by BC’s rising insolvency numbers are creating great speculation amongst investors, who watch these cycles closely to determine when the market reaches its low point to invest. But, the true effects of the mortgage deferral program and insolvency fall out will not be known until March or April of 2021, after every option to keep people in their homes has been administered by lenders.

In my opinion, the single family detached market will continue its busy pace through the spring of 2021, and if your life plan included the sale of your home for retirement income then you still have a strong market and high price point to begin the process. Your strategy should include a geographical re-homing plan. Know where it is you plan to go, and get pre-approved to ensure you can quickly execute a purchase in your desired region. Purchasing contingencies are getting accepted on many interior region properties, subject to the sale of your lower mainland home over winter, with possession dates into April and May of 2021, so don’t let winter slow down your plans. My advice is to work with a qualified, experienced realtor, who can ensure your investment is maximized and your safety is not compromised. 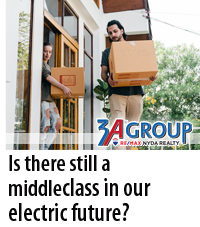 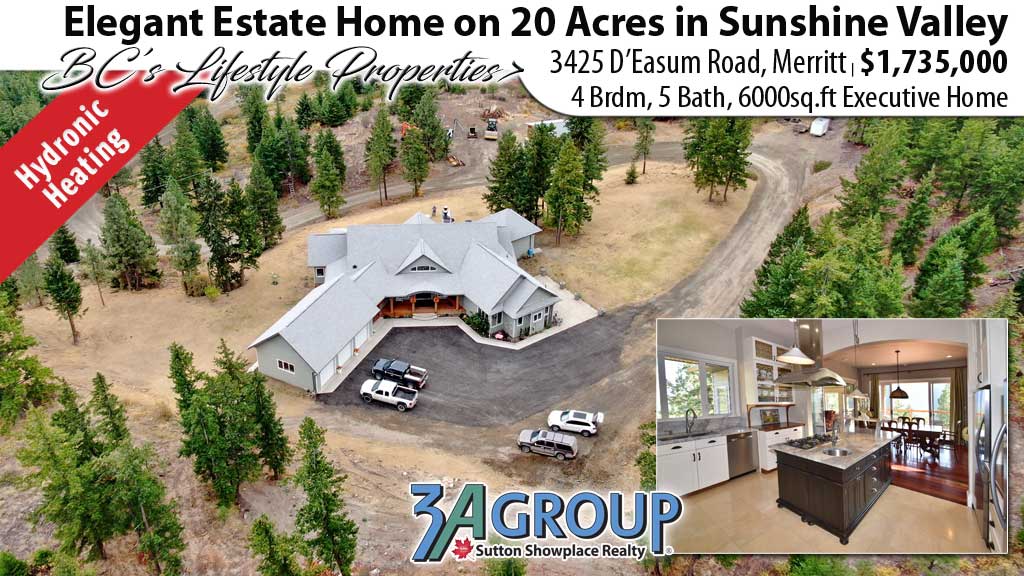 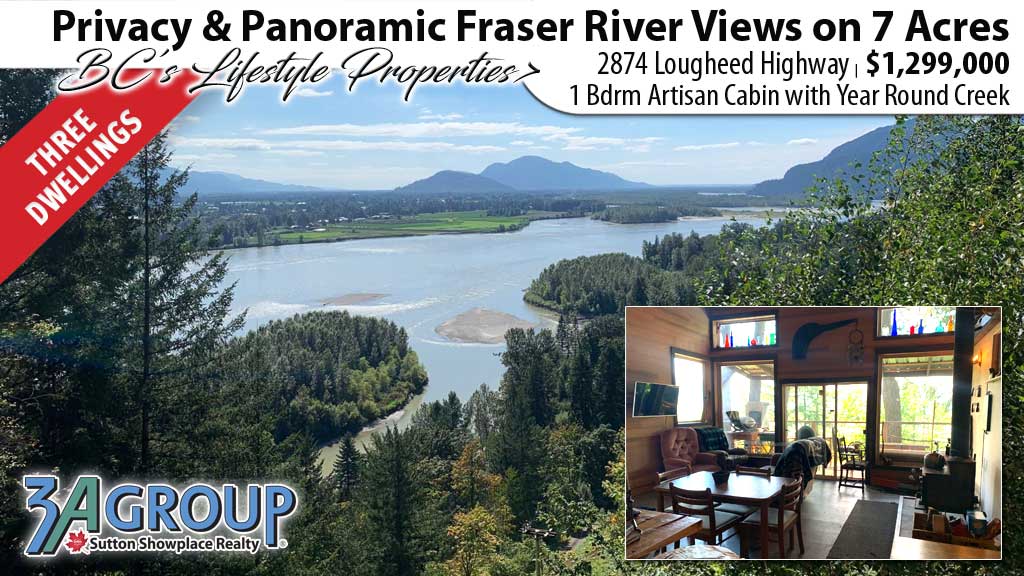